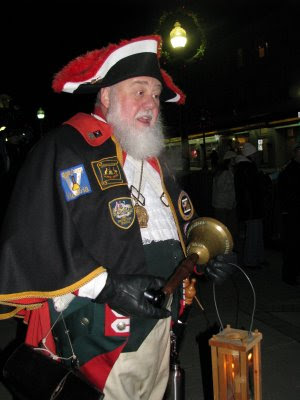 David McKee, Brantford's town crier, attended the city's Santa Claus parade tonight. In full voice he mingled amongst the large crowd of city residents to enjoy the parade.
For years I have been disappointed in the lack of interest in Brantford's downtown.  I will always want to remember Brantford's downtown as it was during Christmas in the 1960s, when Colborne and Dalhousie streets were crowded with people.
I got to see a bit of that tonight--the people tonight reminded me of the old downtown Brantford from that time.  If it had only been snowing, it would have been perfect.
Posted by Craig at 11:36 pm No comments: Links to this post


This autumn has been very cold with a bit of snow (a bit more in some places than others) here in south central Ontario.  One morning on my way to work I noticed a black and white object finding shelter under a neighbour's car.  Either a kitten or a small skunk I thought--I drove on.
Over the next few days we learned we had three kittens living in our neighbourhood in some harsh weather conditions.  Unknown to me our automatic garage door opener had failed to close properly one night and we had captured two of the three kittens.  A little tabby, which was scared and a black and white kitten that was fighting for its life--he later became known as Cujo.
A few days later came the third and final kitten--Houdini.  We captured Houdini in the same manner, but this time on purpose.  But, this little kitten knew how to hide.  I moved an huge number of items from garage trying to find this kitten, but the kitten appeared gone.  It was hours before the great Houdini appeared--and what a treat... have you ever seen a moustache on the face of kitten like this before? 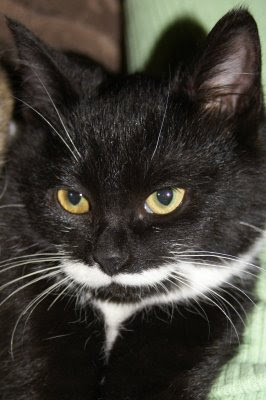 Houdini also has white socks with what appears to be a few black toes.  All three have been under great care by my wife who is ready to rename Cujo.
Posted by Craig at 10:05 pm No comments: Links to this post

Hawthorne said the novel was not based on any particular house

Halfway down a by-street of one of our New England towns stands a rusty wooden house, with seven acutely peaked gables, facing towards various points of the compass, and a huge, clustered chimney in the midst. The street is Pyncheon Street; the house is the old Pyncheon House; and an elm-tree, of wide circumference, rooted before the door, is familiar to every town-born child by the title of the Pyncheon Elm.
That is the opening paragraph to the novel of The House of the Seven Gables by Nathaniel Hawthorne.  I should read this.  My wife purchased the novel while in Salem, which she had not read either.  But, it remained a priority stop on our autumn visit to Salem, Massachusetts.  Nathaniel Hawthorne cousin, Susanna Ingersoll, owned the property at one time. 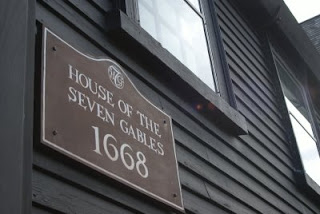 As we waited for our guided tour I did my usual navigation around the grounds attempting to find the right composition.  My wife too joined in the challenge with her camera.  I snapped away and found little excitement in the shots I was taking.  Upon downloading them at home I tried to create a panoramic view of the yard, which did not work very well either.  From now on I'm going to take pictures of everything--even the sky so I can get it all in.  :)

Posted by Craig at 7:38 pm No comments: Links to this post 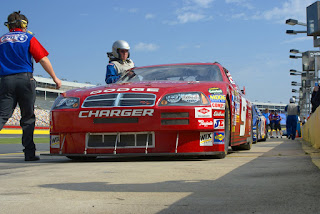 For a team building exercise and pure fun my employer set up a morning event last Saturday at the Richard Petty Driving Experience at Lowe's Motor Speedway in Concord, North Carolina. 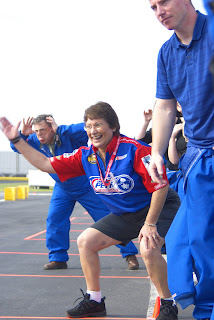 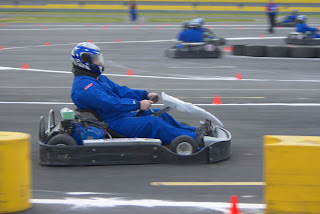 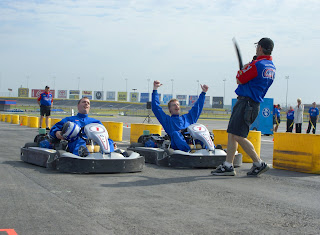 Posted by Craig at 8:04 pm No comments: Links to this post 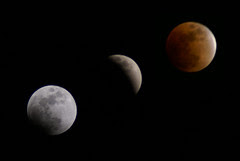 The lunar eclipse on 20 Feb 2008 was not a bad moon rising. In usual fashion it is my experience and skills at taking moon images that is bad. Last night I used a Minolta AF 75mm-300mm zoom lens (@300mm) with a Jessop 2X Mx/AF converter. Looking at the camera information--how do we get a 900mm focal length from this combination? And, with this collection of shots last night it crossed my mind about condensation as I moved the camera in and out of the house. Probably not a good move--but the eclipse lasted for hours. It was -14C outside--and slightly warmer in. I decided to stay home and attempt to fight off the city light noise (specifically the street lamp in front of my house) and enjoy a beer during the eclipse. The front porch of my southern Ontario home was where I decided to mount the tripod. Comments always welcome... be brutal.
Posted by Craig at 6:58 pm No comments: Links to this post

Another kitty needs a home. Lucy had found a warm place to curl up in nasty winter weather. However, this was up against a car engine. She has a damaged ear. She is currently doing very well. 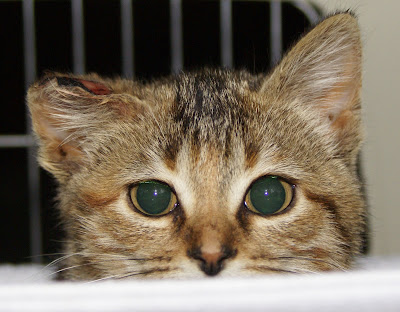 Posted by Craig at 6:01 pm No comments: Links to this post